Zoe Conway: It has to be one of the greatest genres in the world

Von Franziska Kast
Verfasst Freitag, der 8. Juni 2018
In Interviews
Zoe Conway: It has to be one of the greatest genres in the world2018-06-082018-08-30https://irishcultureevents.com/wp-content/uploads/2018/09/logo.svgIrish Culture Eventshttps://www.irishcultureevents.com/wp-content/uploads/2018/06/zoe_conway_giveaway.jpg200px200px

One day before returning to the stage of ufaFabrik with husband and duo partner John McIntyre, Zoe Conway talks upcoming projects, the fascination of Irish traditional music and her unusual life as one of her generation’s top performers.

Q: You and John played the ufaFabrik last in February 2017 and it’s great to have you back! What have you been working on since, and where did your musical journey lead you during those last 16 months?
A: We are so delighted to be coming back! Ufa Fabrik is such a gorgeous venue! We have been very busy, performing lots of concerts and festivals in Ireland and Europe. We have also been working on a new project with renowned Scottish singer, Julie Fowlis. We are creating new music to Irish language and Scots Gaelic poetry. So we have been doing lots of composition and recording over the year which has been lots of fun!

Q: Irish traditional music – both “traditional traditional” and contemporary pieces in that tradition – has soared in popularity throughout Europe during the last couple of years, last not least thanks to musicians and bands like yourself and John. People take lessons and go to sessions to become part of that. Irish music and the way it is entwined in people’s lives is a huge inspiration especially for Germans who lack that kind of folk culture and it brings people together all over the world. What is it that gives it this unique, integrating power?
A: I think the quality of the music is what draws people to it. It has to be one of the greatest genres in the world, and everyone who gets to see a real Irish session falls in love with it! Also the pieces are complex enough to be difficult to play and learn, but repetitive enough to be addictive to listen to, so it is possible for people who never heard it before to appreciate it immediately.
I love that there is a shared body of thousands of pieces in the tradition, and any traditional player from anywhere in the world can play with any other traditional player, whether they speak the same language or not!

Q: You both have backgrounds in different musical styles. You’re a rare example of a fiddler AND classical violinist/composer, John has a history in indie rock. How does that translate into your work as a folk duo?
A: We both totally love Irish traditional music, and that is what is most regularly played on the soundsystem in our house or car! But we also love so many other genres, like classical, rock, jazz, Swedish Folk, American Folk, Indian, Breton, Bulgarian and on and on! These influences come out all the time in our arrangements and compositions…we just try to create beautiful music that we love. And hope that our audiences love it too!

Q: According to your band bio you have performed with Lou Reed and Nick Cave. Could you tell us a bit about these collaborations?
A: Ah! The opportunity to perform with both Lou Reed and Nick Cave happened as part of a series of tribute concerts to Leonard Cohen. An American producer arranged these performance at the Point in Dublin, and I happened to record for him the week before with Bono and Andrea Corr. He invited me to come along and be part of the house band, who were all American musicians. The concerts were out of this world, and I also got to play with Jarvis Cocker, Beth Orton and a few others! It was amazing!

Q: What are some of your key influences or favourite musicians? Is there anyone you would like to play a concert with?
A: Oh there are so many people I would like to play with. We do a concert series every summer in Ireland where we have a special guest each week, so we have been lucky to play with a lot of our heros already such as Bill Whelan, Donal Lunny, Andy Irvine, Lisa Hannigan, Liam Ó Maonlaí, Tríona Ní Dhomhnaill, John Spillane and many others. But in my dreams I might get to meet American, Itzak Perlman, my favourite violinist or the members of Väsen, my favourite band who are from Sweden!

Q: A more personal question: what is it like to perform with your significant other so many nights of the year? Are there specific challenges to a both personal and professional partnership?
A: We both find it a total pleasure to get to perform together. When we are away from each other, playing with other people, it is much harder as you feel you are missing the other person. When we travel together, it feels like a holiday when we can eat out and go to cafes! When we are at home, it is more admin and business, and normal family life revolving around our two children!

Q: The music business has changed a lot over the past two decades, with live shows playing a bigger role than ever. Your tour schedule looks very busy, too. When do you find time to compose and record? Any plans for a new album?
A: We are very busy but we like that! It is very difficult to find time for creating music, but we work very hard to put aside a few hours every week for that. Deadlines really help! We have started a new album and have half completed, so hopefully will have a new duo album in 2019. We are also recording with Julie Fowlis and Éamon Doorley and that recording will be released this summer!

Q: There are lots of young players and bands pursuing a career in traditional music these days. Do you have any advice for them?
A: You must work very hard, and a lot of my life is emails, admin and booking which I quite enjoy! Preparation and practise is key for live performances. And try to develop your audience at every opportunity!

Q: You’ve traveled the world playing music. Any favourite places?
A: Nice is our favourite in the south of France!

Q: You have achieved so much at such a young age – are there any unfulfilled dreams left?
A: Not really! I am very happy with everything personally and professionally, and I really appreciate my unusual life.

Q: Anything you haven’t done and would like to do, such as producing, exploring a different style (or flying a spaceship or doing something else totally different, for that matter?)
I would love in the future to work as a presenter on TV or Radio in the music world. That would be cool!

Reminder: You can win tickets here on Irish Culture Events until June 9th, 12 p.m. by sharing our giveaway. 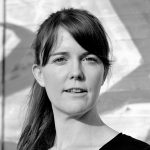 Mary Kelly: All That Is Needed Is The Agreement Between Story Teller And AudienceInterviews 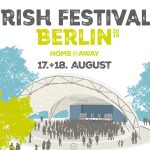