It’s a beautiful summers day in 2010 on the streets of Dublin, Ireland. I’m speaking to the manager of the HMV music store on a crowded Grafton street. He agrees it’s better to set the band up outside on the street instead of the usual in-store gig at the back of the shop. A semi-circle of people, three then four deep formed around us before the second song was finished.Among the crowd that day was a young German couple, who bought a copy of Outside Looking In. Days later they would return to their native Cologne, Germany, record in hand. As for the band and I, we would spend the next 12-14 months touring, Canada, Egypt, Ireland, the UK and USA.In the summer of 2011 an unexpected email came through from our German fan. He requested that I fly to Cologne and perform at a surprise birthday party for his new bride before an audience of family and friends… After some consideration I grabbed my guitar and backpack and hopped on a one-way flight to Germany.

Leaving my happy German fan and some new ones, I jumped a train to Berlin to investigate the rumours of the inspiring creative scene there. This was a journey into the unknown for me but I felt the need to isolate myself from my comfort zone in Ireland. In typical Berlin fashion I would spend the next three months living the bohemian life immersed in songwriting and busking in the infamous Maurer Park every Sunday morning. This earned me just enough money to rent a room in a shared apartment in Neukölln and inspired me with content for new music.

This is our story – and 2 EPs and 2 records later with the 3rd in the making Simon Fagan is still as inspiring, vibrant in his songwriting and a marvelous life singer as he was back in Dublin in 2010.

We would like to welcome you and sing with us. 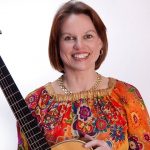 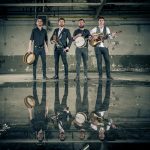