Danny O’Connor is an Irish singer-songwriter, guitarist, and bandleader. Hailing from Ballyshannon in the Northwest of Ireland, stations of his journey as a musician include Dublin, his current home Berlin and countless venues he played in Europe and the U.S. with different live bands or solo. Interested in a variety of genres ranging from Folk and Irish traditional music via Country to Rock and Alternative and armed with a healthy disrespect for the whole concept of “genres” and any supposed boundaries defined by them, he invites listeners on what is a journey in its own right.

Some of Danny’s influences are Luka Bloom, country godfather Johnny Cash and Indie-Folk-Rockers The Decemberists. Other, less conscious ones, might include something he heard from his brother’s band, at a concert he was visiting with his Mom, or why not a traditional tune played at some pub in Ireland or elsewhere. As a young musician touring Europe, he would listen to known (Arcade Fire) and less known (Semisonic) Alternative artists, an influence audible in early recordings with Inuendo, Danny’s first band that made it past regional gigs. He never forgot his Folk and Country roots though, and visiting Nashville and the Opry (that is, the real thing at Ryman Auditorium!) has clearly left its marks on some of the songs on Danny’s solo debut “Black Sheep”. 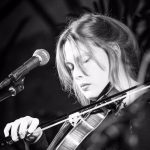 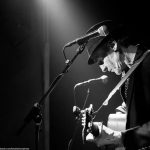