By the time Belfast native and singer-songwriter Patrick Calvert made Berlin his new homebase in 2008, he was already looking back on an impressive career as a band frontman and DJ. Being as passionate a listener as an active musician, Patrick Calvert is at home in different styles, but names Alt-Country band Uncle Tupelo’s ground-breaking album Anodyne and late singer-songwriter Townes Van Zandt – for whom he once opened – as inspirations for his own work. He is a frequent guest on the Berlin live music circuit and released his solo debut album “Burn” in 2016.

When Patrick moved to Berlin, he started to focus more on his work as a solo artist. Playing pubs, music bars and stages all over the city, he quickly won the hearts of Berlin’s Alt Country and Americana lovers. His sets invite listeners to re-discover traditional songs and the works of legends such us Townes Van Zandt, Steve Earle, Nick Lowe, or Neil Young. His own thoughtful, poetic lyrics and subtle melodies made for songs which quickly developed into true audience favorites.

Michael Lapuks, a banjo and harmonica player and vocalist who is at home in many different styles, is a frequent duo partner. Together, the two have played shows all over Northern Germany for the past four years. 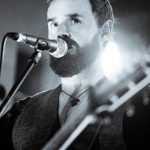 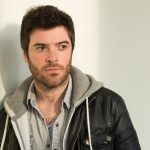