Pearly met in an old smoky bar in Navan Co. Meath, where the local scene crackled, melted and sparked and where they discovered their ethereal lush sound and songwriting style.

The last 12 months has seen Pearly move to Berlin, play over 50 shows including the New Creatives showcase at the Embassy of Ireland Berlin, Craw Festival, opening for Sacred Bones artist Hilary Woods, Steve Gunn, Half Waif, Lisa O’Neill, Conor O’Brien, Lisa Hannigan, Declan O’Rourke and being selected for the Irish Music Week industry showcase in Dublin both last year and this year.

Their raw and intense performances have led to them to acclaimed producer Julie McLarnon (LANKUM/The Vaselines), with whom they recorded earlier this year channeling
their influences from the Cocteaus to @Radiohead. Vocal harmonies, synths, detuned reverberant guitars abound in a vast yet minimal sound.

Fitting for their evocative tones they were invited to score the soundtrack for an RTÉ/Galway Film Board short film which they completed this Spring. They also featured on John Barker’s Totally Irish radio show in Berlin with an interview and live performance of their disarming song ‘Conditions’ alongside Nina Hynes, HAVVK, Christopher Colm Morrin, Tau, Steppenkind, and more.

Their first official release, two singles, Chain of Coral/ Feelings of Plenty came out on October 4th, 2019 on Greenbay Records.

They have plans to release two more singles in the coming months and a 10” vinyl release of the four tracks will be available from February 7th 2020. 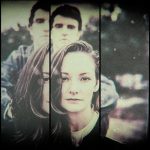