Moya Brennan: Sometimes it seems like all roads lead back to Donegal

By Franziska Kast
Posted Wednesday December 6th, 2017
In Interviews
Moya Brennan: Sometimes it seems like all roads lead back to Donegal2017-12-062018-08-30https://irishcultureevents.com/wp-content/uploads/2018/09/logo.svgIrish Culture Eventshttps://www.irishcultureevents.com/wp-content/uploads/2018/08/moya_brennan.jpg200px200px

Moya Brennan, singer, songwriter, producer and harpist from Donegal, is currently touring her latest release “Canvas”. In ICE’s latest Q&A, she opens up about the inspiring forces behind her music, touring Germany then and now, music as a family affair and healing after a difficult year.

Q: You come from a very musical family, were the voice of family band Clannad and worked with some of your sisters at the beginning of your highly successful solo career. Was it challenging to step out of the family structure as a musician and to find your own voice and style in songwriting?

A: Of course it was challenging. Up to that point, I had been surrounded by people really close to me and felt confident with them there. Stepping out and performing and writing songs on my own was a big step. I had to learn new skills and ways of approaching my work. But it has also been constantly exciting being able to follow my own ideas and draw on influences and musical styles outside my previous comfort-zone.

Q: Clannad was at times heavily criticized for singing in Irish rather than English. Your current album features songs in Irish, and today people outside of Ireland are signing up for Gaelic classes. Did the music that is so deeply rooted in Irish culture contribute to the language becoming more important in the making of a modern Irish cultural identity?

A: It’s true that when Clannad started, the Irish language was unpopular and associated with a backward rural culture that people wanted to shake off in the Seventies. In Ireland we were welcomed in Irish schools and colleges but elsewhere our Irish language songs didn’t really hit the right note! That’s why we spent far more time touring in Germany and other European countries than in Ireland. The language thing has now gone round full circle and is more popular than ever. Obviously, I’d love to think that we made a contribution to that. We have been very consistent in using the language in our songs and I’m glad it’s appreciated from a historical perspective.

Q: Speaking of which, you changed the writing of your name from the Irish Máire to a phonetic transcription of its pronunciation, Moya. Why?

A: Various reasons. I got tired of either having to spend half of an interview talking about my name and how the fada changes the sound. I got even more fed up with being called Marie a lot (word processor spell-checkers constantly dumped the Máire).

Q: You recorded albums inspired by your Christian belief, but also by Celtic traditions, myths and culture. How do religion and tradition interact with your music, how do they influence your work?

A: My music has always had an inbuilt spiritual element. For me you can’t separate the celebration of the natural world, the elements and emotions common to all Irish people without touching on themes that, while not necessarily religious, certainly speak from and to the deep parts of the human heart. I’ve been quite open about my belief and faith, and I hope that was reflected in the two Celtic Christian albums I recorded in the late Nineties.

Q: Would you like to say a few words about your current release, “Canvas”? It is your first studio album in four years, and the title as well as the second track “Portrait Of My Life” seem to suggest it also marks a point where you are reflecting on your long career as well as the ups and downs of life you described in your book, “The Other Side Of The Rainbow”…

A: Last year was one of the strangest, saddest and most reflective of my life. In June my father, Leo, died after an incredible life dedicated to entertaining audiences, firstly in his show-band and more latterly in the family pub, Leo’s Tavern. He had had a good, long life. Then there was a real sadness when Pádraig (Duggan) from Clannad died in August well before his time was due. Pádraig was more like a brother to me than an uncle and his passing hit me hard. So after the summer my kids (kids!! actually daughter and son in their twenties!) said to me ‘Mum, its been a long time since you recorded your own album. Let’s work together on new songs’. I would never believe how well it was going to work out. Aisling and Paul co-wrote 9 of the 11 songs on the album, and we had an incredible time recording it. There was a lot of serious creativity and fun but also a time of healing after the difficult year.

Q: In your book you’re very honest and straightforward about the dark sides of a career in music, like alcohol and drugs. What kind of reaction did you get to opening up about that? It is probably something people would expect in a punk rock biography, but not necessarily in the memoirs of the First Lady of Celtic Music.

A: Writing the book was the hardest thing I ever did, and some people thought that I said too much. But I also came across a lot of people who felt that I had expressed experiences and feelings that they themselves had struggled with or kept hidden. I didn’t want to try and be sensational. It was more to put my life in perspective and say that things can get better, however low you might be.

Q: There is also a song called “Going Home” on your new album. Your native Donegal seems, apart from Celtic and Christian spirituality, another major influence in your music…

A: Sometimes it seems like all roads lead back to Donegal! My experiences growing up there have everything to do with my music, the earthiness of the mountains, sea and forests of this beautiful county totally influences my life.

Q: You’ve been touring Germany since the Seventies. The country has changed a lot since then. Any memories of Germany/Berlin then an now you would like to share with our readers?

A: Of course I’ve seen huge changes. When you think of all the hassle we had to go through to play gigs in Berlin. I’d never have dreamt that one day I’d be playing in places like Dresden and Leipzig and unwinding in restaurants in Friedrichshain and Kreuzberg.

Q: During the past two decades, it has become a lot more important for artists to play live shows… or let’s say, the ratio between studio work and live gigs has changed. Has audience response changed as well, given that people have access to a lot more music in the era of Spotify, Amazon and iTunes and are usually listening to more live concerts than audiences of the past?

A: You could never see it coming but live shows are now the bread and butter of all musicians. We used to tour to promote a new album. Now we release albums to promote a tour! Very few people buy CDs, and earnings from digital downloads and streaming are a fraction of what they should be. Sure, audiences have far more choice of what they go to see, but they are also very open to the atmosphere you can create in 90 minutes and love to be transported to places outside their day-to-day lives. Like my Dad, I like to draw people in and make them feel part of everything from the stage.

Q: German audiences have a bit of a reputation of being rather unresponsive when others – say, an Irish audience – would already be dancing on the tables. What’s your experience? Are we as stiff as our image when it comes to reacting to music and to connecting with it emotionally?

A: Actually no, I don’t think so. Like I said before, if you engage the audience and make them feel as if they’re sharing what we do onstage they forget their inhibitions and reserve. One thing that might surprise you is when I do songs which involve the audience singing along (usually at least 3 or 4 in a show). German audiences are often more vocal than even Irish audiences and have great singing voices.

Q: You once said that Clannad certainly did ground-breaking work in terms of introducing Celtic music to a wider audience, but were not very popular with the trad community for that. Has that changed since? Both trad music and what is sometimes labeled as Contemporary Celtic Music are immensely popular these days, with lots of people all over the world learning to play trad and lots of young bands being very successful – last not least because of bands like Clannad. Do the two “spheres” interact more today, or are there still boundaries and “territory claims”?

A: Every form of art (including music) has areas of exclusiveness and cliques who think they are the real deal. That’s never worried Clannad in the past or me now. I hope that in bringing jazz and pop influences into our music, we have encouraged others to extend their boundaries.

Q: During your career, you’ve written and recorded film music, worked with artists like Schiller and Robert Plant, been the recipient of a Grammy with Clannad, recorded ten solo albums and toured the world. One could say you’ve pretty much achieved everything an artist could dream of. What is your hope for the future? Are there any musical dreams still unfulfilled?

A: That’s a huge question. I don’t have any specific goals except to keep singing and, more than anything else, making people’s lives just a little bit richer for having entertained them. 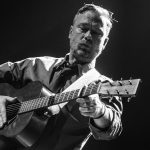 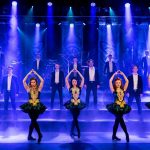 Dulamán: The inclusiveness of Irish culture is part of the magicInterviews