THE MURPHY BEDS: People Will Gravitate To The Things That Have Endured

By Franziska Kast
Posted Monday May 6th, 2019
In Interviews
THE MURPHY BEDS: People Will Gravitate To The Things That Have Endured2019-05-062019-05-06https://irishcultureevents.com/wp-content/uploads/2018/09/logo.svgIrish Culture Eventshttps://www.irishcultureevents.com/wp-content/uploads/2019/05/murphybeds_interview.jpg200px200px

Before their German debut at ufaFabrik, which is also the opening concert of Irish Culture Events’ concert series “The Roseville Sessions”, Irish-American duo The Murphy Beds talk about their musical partnership, writing music for epic stories and their current projects.

Q: Since when have you been playing together, and how did your musical partnership start?

EAMON: We’ve been playing together for almost ten years. We started out playing in informal Irish sessions in NYC, then in a four-piece band, and finally in a duo. We found we had an affinity for arranging and interpreting old folk songs but also were both songwriters.

Q: What are your musical roots? How did each of you first encounter music in your lives?

JEFFERSON: My mom played church organ when I was a kid. We had a piano in the house and she would sit down and start improvising on it, or sing some Carpenters songs. I remember our dog would come into the room and fall asleep whenever she started playing. I started out playing trumpet in the school band, but one day I asked her to show me some chords on a nylon-string guitar that was lying around the house. That was the day I started playing guitar. I was thirteen.

EAMON: Began playing guitar at a young age growing up in Dublin. At first folk music in general, and then in my teens I began to focus more specifically on Irish (and related) trad.

Q: Tell us a bit about your first album The Murphy Beds and the ten traditional songs on it. How did you choose them, and how did the name – which you’ve used for the duo itself since then – come about?

EAMON: We each brought songs to the project, some of which we’d been playing individually for some time but had never recorded. The songs come from a variety of sources – some learned from friends, some from books, some from old recordings. In every case we worked together on arrangements trying to make the songs our own. In some cases that meant making changes to the texts and melodies as well as composing new musical sections. The history of the name is lost to time – nobody remembers the origin, probably a joke of some sort…strange how things stick.

Q: The “Golden Age” Irish music entered in the 1890s centered mainly on the vibrant Irish-American scene in New York City which is where you guys met. What does that scene look like today?

EAMON: The scene is great, new folks coming and going all the time. NYC is the type of place that so many people pass through at some point – as a result we get to collaborate with musicians of all kinds.

Q: Are there any significant differences between the traditional music communities in the U.S. and Europe?

JEFFERSON: I guess there are regional differences in terms of what tunes people are playing in a given city, or even a specific session. But I don’t think it has much to do with being American or European. Especially today when so much music is shared remotely.

EAMON: Hard to say what the differences are but what they have in common is evident. One of the great things about the trad community is being able to play with folks all over the world, even when meeting for the first time.

Q: A very significant thing in your music is the sophisticated, carefully crafted arrangements and harmonies. What’s your work process for them, how do they develop?

EAMON: We’ve found that it often helps to have a tape recorder running (or close by) when working on arrangements. Sometimes ideas come from an improvisatory place – at other times we’ll know that a song needs something and then explicitly try to ‘compose’ something. Some of the narratives we’ve worked on are fairly epic in scale so it helps to create musical space from time to time.

JEFFERSON: An important part of our arrangement process involves finding a balance between the instrumental parts and the singing parts, specifically the lyrics because we usually start with bare verses and a melody. It’s easy to think that there’s been enough singing, time to give everyone a break and play some notes, maybe mix things up a bit. The problem is that this can actually break the spell of the narrative. So we try to judge where the piece calls for a bit of melody. Composing those melodic sections is mostly a matter of time, and trial and error.

Q: You both have solo projects and your original songs out there. Tell us a bit about them!

EAMON: My most recent solo recording is called “All Souls”, ten songs that I recorded with Jefferson’s help a couple of years ago. I haven’t toured that project very much although Jefferson and I always try to incorporate some original material into our shows.

JEFFERSON: And I have a new album out called “Alameda” which is also all original, and a mix of electric and acoustic instruments. We do some of those songs in the Beds as well.

Q: You’re both in high demand as teachers and workshop hosts as well. The interest in learning traditional instruments or singing has increased considerably over the past decade, it’s almost like another golden age for traditional music. What do you think attracts people to traditional music, crafts or storytelling?

EAMON: I suppose that in uncertain times (basically, always) people will gravitate to the things that have endured; folk and traditional music would certainly fit that description.

Q: The internet has become an invaluable resource for learning, teaching and discovering music. On the other hand, streaming platforms have made it difficult for musicians to get paid for records. Spotify’s or Apple’s outrageously low payouts to artists are the subject of ongoing criticism and debate. Do you think there’s a chance of that changing again, similar to how newspapers are increasingly setting up paywalls again after over a decade of providing free content?

JEFFERSON: It’s hard to imagine going back. People argue that it’s good for artists because we can use these free (basically) on-line services to reach a wider touring audience. I can’t think about it much because I find the whole subject of promotion and monetization a bit depressing, also my eyes start to glaze over and I might have to shut down my laptop.

Q: Give us an outlook to the future – what’s next for the Murphy Beds and each of you as individual artists?

EAMON: The Beds have recently recorded a new batch of songs which we’re looking forward to putting out there; some are songs that we’ve been doing at live shows for a while but some we started work on in the studio. Often a song will become transformed when shared with an audience – an essential step in ‘finishing’ any record.

JEFFERSON: Yes, you have to get the “shrink wrap” off and then it becomes a part of your repertoire. The first Murphy Beds record was made before we had performed very much together. The record came before the band, in a sense. This time around the tables have turned. Let’s hope there’s still some magic in there.

The Murphy Beds’ German concert on May 18th, 2019, is hosted by Irish Culture Events and ufaFabrik Berlin with the generous support of Culture Ireland and the Embassy of Ireland Berlin. Tickets Here 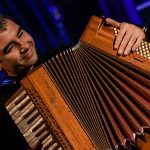 Altan | Martin Tourish Part 2: “The Musician Was Expected To Tell A Story”Interviews 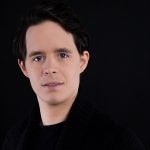 Gyula Glaser: The audience – the artist – the festival. All these “flowers” grow here togetherInterviews